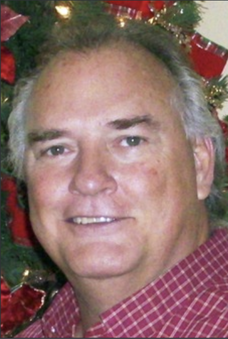 I was born in the Bronx, N.Y., as the 13th of 14 children. My family moved to the San Fernando Valley when I was seven years old. As a huge admirer of my older brother, John, I used to try to copy his sketches – sometimes rather successfully. But at such a young age, there were a lot of other things that grabbed my attention and my ‘art’ went on the shelf. Aside from a lot of doodling on my schoolwork, that was it for a long time. I left high school in 1969 to join the Marines and was soon sent off to Vietnam where I was part of the 1st Recon Division, returning home two years later. I spent the next several years at different jobs, then married and started a family.

​​On occasion, I would dabble with some drawing, but I just didn’t have the time to get serious about it. In 1986, I joined the Air Force Reserves and in 1990, I took a Civil Service position as Crew Chief on the A-10 fighter jet. In 1993, I transferred over to the B-52 Bomber as Crew Chief. When 9/11 happened, I was activated with the 93rd Bomb Squadron and sent to the island of Diego Garcia in the Indian Ocean where we commenced bombing on Afghanistan. I returned to the U.S. and my civil service job at Barksdale AFB in Louisiana 4 months later.

​​In early 2009, I transferred to Edwards AFB in Lancaster and took up residence in Santa Clarita. I retired from the Air Force later that year, but continued with my civil service position until January 2013, when I retired from that. It didn’t take long for me to decide that a great way to spend my time would be to re-visit what I enjoyed as a child – artwork. It feels natural to me, as though I’ve been doing it forever. I enjoy working with pencils, graphite and charcoal, as well as other mediums such as pencil shavings, acrylic paints, and even candle wax! I’m just getting started, and I can’t think of any better way to enjoy retirement than to do exactly what I’m doing.